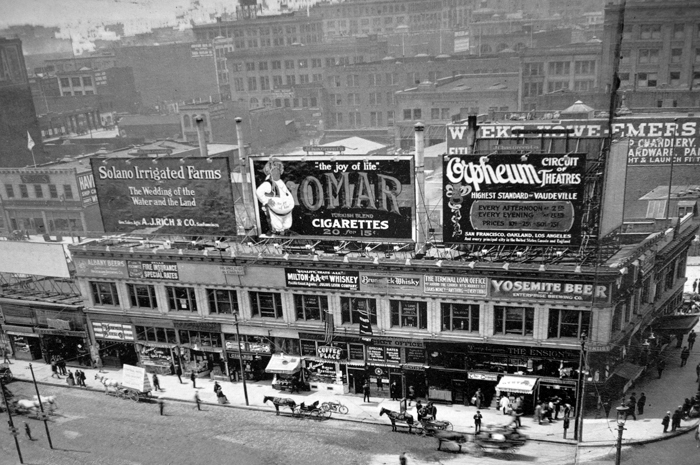 The San Francisco International Film Festival is the longest running festival in America, and a great event for those who want to have both an intimate festival experience and access to cinematic excellence. Most viewings are held in Japan town, an area known for its cozy atmosphere and also the spot where FilmFestivalLife had the chance to meet the legend Oliver Stone during a wonderful sushi-loaded-reception.

The beautiful city itself is a treat and the festival initiated an original activity to show the city and its film historic importance by offering a tour of the locations of classic film noirs set in San Francisco, led by the Film Society’s director Miguel Pendas. Watching film clips on the go, in a time frame of two and a half hours, we visted locations where some of the classic moments of 1940’s and 1950’s cinema were set; from  the glamorous homes of the rich on Nob Hill to the hangouts of the working class. A fantastic way to discover a city. We were so lucky to see it all! The tour will be held again Monday 2nd of May at 14:00. If you can go, we absolutely recommend it.

Not only does SFIFF offer a Q&A session after screenings, providing viewers with great insights as happened with the director Isabelle Czajka of Living On Love Alone (2010), but it also shows deep commitment on the educational front. Tuesday 3rd of May it will be the 20th anniversary of “Schools at the Festival“, a project initiated by Robert Donn, who had the inspiring thought students mights learn as much from festival films as the normal audience has been doing. Through film viewings, lectures, special curriculum support for teachers and meetings with filmmakers pupils aged 7-18 are taught the art of filmmaking. There is even a specific section during the festival with films chosen especially for the SATF program. You can never start too early with educating the youth about cinema. Super initiative! If you feel like going to the anniversary Celebration it is held May 3rd at 5:00 pm.

SFIFF has ingredients enough to offer its audience an amazing festival experience!