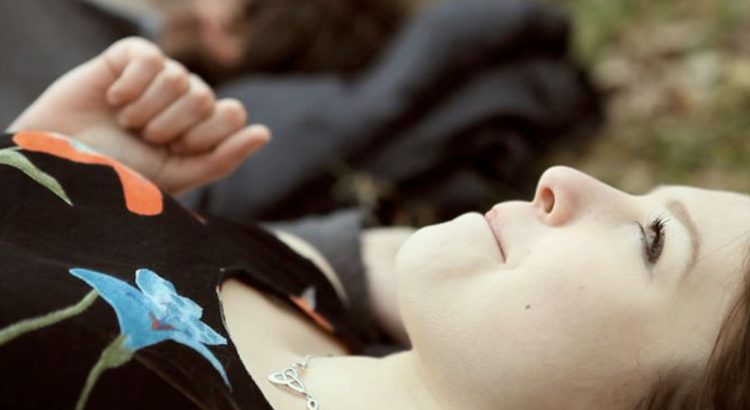 The short film GRACE by UK director Dean Leon Anderson is being screened at the Motovun Film Festival in Croatia (26-30 July).

The 11-minute short film that premiered at the London Short Film Festival earlier this year follows Grace, a teenage girl – played by Natasha Kendall – who has a sexual encounter with Darren, a forty-something man. Once the act is over, Darren leaves without saying a single word. Meanwhile, Grace finds Darren’s wallet. Thanks to the ID in the wallet, Grace discovers where the man lives. We don’t know whether they have ever met before. What is certain is that Grace doesn’t expect to find Erika answering the door when she rings the bell at Darren’s house.

Erika thanks Grace and invites her to wait for Darren. Erika goes into the kitchen, on the shelf between spots of flour Grace finds a beautiful engagement ring. She decides it’s better to leave. She’s almost outside the house when she runs into Darren. Pushed by his fiancée, Darren nervously empties his wallet and pockets to give Grace a reward – and thus pay for her silence. The girl is already on the street when Erika asks her, ‘Where did you find it (the wallet), anyway?’

We will never know if Grace gives an answer, as Dean Leon Anderson decided to cut the scene and leave us with the impression that at that point in the film, anything could happen.

Dean Leon Anderson works in TV while writing, directing and producing his short films. Cineuropa chatted with him about his second short, GRACE.

Cineuropa Shorts: What are the intentions behind your short film GRACE?

Dean Leon Anderson: There are certain pivotal moments for everyone during their teenage years. I simply wanted to tell a story about unrequited love. Along the way, Grace learns more about herself and what she is capable of. I was also growing more confident as a director, so I wanted to create an overall visual style to set the tone of the story.

You show us Grace’s personality, her emotions and her sensuality. Was it easy for you to enter the female psychology?

That’s a good question. I’m rarely asked about writing strong female characters. It’s interesting, because Grace is the complete opposite to me if you think about it. I gave the character a lot of thought, in terms of her personality, her social status, and maybe what she had been through in the past. Natasha Kendall who played Grace was also great to work with. She added some of her own ideas to the character. It also helped to have a female producer during the writing stages, so I could discuss my ideas. I will say, director Krysztof Kieslowski writes great female characters, and he is an inspiration to me.

The end remains open. Could you elaborate this?

In the first draft, Grace did answer the fiancée. But, by the second draft, I began to think, if she did explain what happened in that moment, she would destroy everything between the couple. There were reasons she could either leave and say nothing, or reveal all.  I wanted to leave an open ending, and let the viewer decide based on what they’ve seen, what decision she would eventually make.

You are director, writer and also producer of your own film company. Could you tell us about your experience of being a young producer?

Yes, I started the company as a response to the lack of funding out there for the arts. The UK Film Council was abolished in 2010, just when I was ready with scripts to submit. I waited for about two years, applying to every other film fund, but the opportunities were getting smaller, and I still hadn’t made anything. So in 2012, I started Velvet Gold Pictures. Whenever I had some money to spend, I would buy some equipment. A camera here, a lens there, a clapperboard, anything I felt I needed to make projects independently. The kit would be used for new films, and would make me more employable, as I could do almost everything in-house for TV productions, promos or corporate shoots. I collaborate with some people that have their own kit too, and are equally as hungry to make new projects as I am. It’s not always easy, but it still proves you can make things happen with just a few like-minded people.

What are your future projects?

I have a new drama short film called RIBBON in pre-production at the moment. We are scheduled to shoot it in the next couple of weeks. The cast is great, and I’m happy to have the crew I’ve collaborated with so far on this new film. I’m also writing a second draft for my first feature film.

— The original article was published on Cineuropa Shorts by Elisa Cimino. —

Cineuropa Shorts is a new website exclusively dedicated to European short films. With news, interview, festival reports, videos and events, Cineuropa Shorts aims at promoting the European Short film industry and its creators throughout the world.

One thought on “Meet Dean Leon Anderson, Director of the Short Film ‘GRACE’”