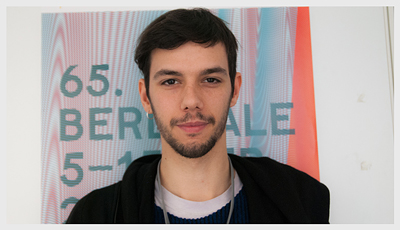 As the only film festival dedicated exclusively to Queer Cinema in the country, the 19th Queer Lisboa – International Queer Film Festival is undoubtedly a gateway for Portuguese audiences to discover more. Queer Cinema encompasses all gay, lesbian, bisexual, transgender and transsexual themed films, but Queer Lisboa doesn’t stop here: „we search for films that are not only LGBT-themed, but ones that really push boundaries in terms of exploring identity, sexuality and it wide range of expressions.“ We were lucky to have an inspiring chat with Festival Programmer Pedro Marum amid the annual festival maelstrom that is the Berlinale. We talked with him about Queer Lisboa and how LGBT films have changed over the years. 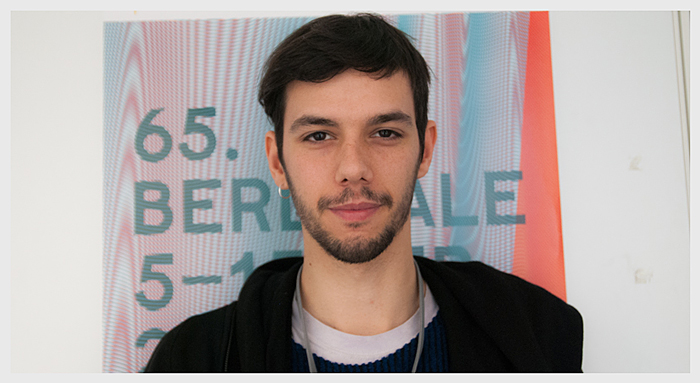 What films are you looking for?

At Queer Lisboa we want films that are pushing boundaries. I think cinema is at a turning point. Previously a film equipped with a LGBT theme was already enough to be revolutionary in the film scene. Nowadays LGBT films are becoming more mainstream, so for Queer Lisboa we search for films that are not only LGBT-themed, but ones that really push boundaries in terms of exploring identity, sexuality and it wide range of expressions. It doesn‘t have to be necessarily LGBT but it has to deeply challenge the norms, in its exploration of expressions and identities. That‘s what we looking for — something that is really groundbreaking.

What makes a good film?

I don‘t believe in good or bad. I think it‘s all a matter of perspective and context first of all. I mean a film that was excellent yesterday might be seen as really bad today. It’s really difficult and it changes from programmer to programmer. I can only talk for myself but I like films that make me feel like I‘ve lost my footing with the ground. Films that make me feel ‘unsafe’ appeal to me!
I think it also depends if you are curating or if you are putting together a competition. Competitions always try to include the best of that production year, but if you are curating a program it has to comprise films that somehow add something to a specific discussion. So they might not even be brand new films, but they needs to dialogue with each other. A curatorial program has to tell something new about these films.

Of course, there were workshops, master classes and exhibitions at previous editions. But this year we will be definitely putting on even more masterclasses and workshops. The master classes will take place throughout the entire festival — not just one or two days — and maybe even beforehand too! We are definitely investing more in students and new directors with a program we started just for students two years ago, the ‘In My Shorts‘. It was very successful in the past and this year we have invested a lot in this section. All the participants of ‘In My Shorts‘ will go to master classes and workshops, led by film professionals — whether it’s directors, producers, distributors or actors.

What can filmmakers expect when they are attending Queer Lisboa?

We definitely try to help as much as we can. For our students, we usually manage to find a host for them and then we also provide them with some free meals during their time here. The invited filmmakers also are given full access to all festival events, films, masterclass and workshops and so on! We also help them to find some assistance with regards to paying the travel costs. Sadly we aren’t able to pay for everything, but we try to put them in contact with foundations or organisations who can assist. It‘s definitely something we are working more and more on.

Why are film festivals important?

We are now in this digital area, which also means the access to the films has changed. Previously festivals were places where you needed to go in order to see films, whereas nowadays you have access to films virtually everywhere. Festivals need to make themselves special and how can they make themselves special? By creating spaces where there’s a lot more than the films, by putting them in the cultural context and building new dialogues. This also comes by giving a special emphasis to curatorial programs which are unique from festival to festival.

How has the queer film changed over the years?

Queer films have become somehow institutionalized and more cooperated by the mainstream. On the surface it might sound as a good thing but I feel it’s weakening the queer movement, as it’s assimilated by the neo-liberal order – this said, films end up losing their political strength as they become blurred within the mainstream. Queer films should always look further. Nowadays some queer film festivals don‘t only look for just LGBT films. It‘s also about questioning the forms of identities, expressions and sexuality and creating space for new possibilities, possibilities of non-identification and non-assimilation of norm — all which can be explored within new formats of cinema. It‘s always about being cutting-edge.

Do you have tips for filmmakers? Any strategies they should adopt in the submission process?

‘A‘ film festivals are definitely important because they act as the foundations for the film industry, where you can make excellent contacts, and see the big dogs – they are important to give us general and global insights on the film market. But at the same time it‘s at the small festivals that you get closer contacts. In smaller festivals films are treated almost like their babies, which can help make going to a smaller festival a far more interesting experience. For sure, if you go to Cannes or Berlinale, it‘s great for CV purposes, that’s how the industry works… It can also act as a great catapult for your career but at the same time you can feel totally lost. It’s easy to feel completely exhausted in this gigantic slaughterhouse of industry and films and distributors and filmmakers. When you are at smaller festivals, it‘s a lot more familiar and you are in much closer proximity to everything and everyone. Sometimes these are the places where you make really important connections for your next projects.

Why should filmmakers use FilmFestivalLife?

FilmFestivalLife is important because the film industry is growing and more and more festivals are popping up everywhere. It‘s such a big world as a filmmaker, it’s easy one to become completely lost within, and it can be very hard to find the right film festivals for your film. FilmFestivalLife makes it a lot more democratic and accessible – it’s very easy to discover what festivals are looking for what kind of films. So, if you’ve got a film and don‘t know where to begin with this world, FilmFestivalLife works as an intuitive and friendly database — one you can navigate and quite easily work out where to submit to.

Submit to Queer Lisboa on FilmFestivalLife: