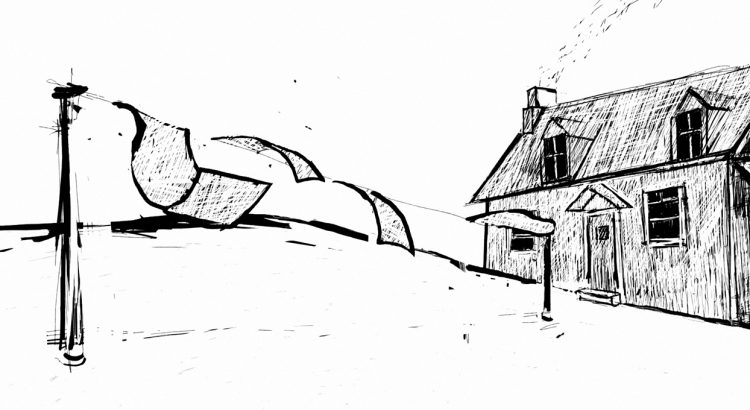 An interview with David Jansen telling us the journey of DÄWIT, from the Berlinale to the FFL Agency. 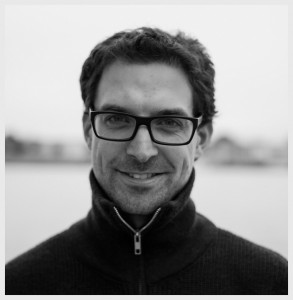 It’s been almost one year since DÄWIT premiered in the Berlinale Shorts. What a way to start! Since then it’s been onwards and upwards for the animated short, directed by David Jansen, which has screened in festivals as diverse as the Hong Kong International Film Festival, the Athens International Film Festival, DC Shorts and Hollyshorts. That’s not to mention winning the prestigious Golden Horseman prize for Animation at Filmfest Dresden.

Entering the 2nd year of its highly successful festival career, the team behind Däwit has decided to team up with the FFL Agency. That’s why we thought it was the right time to find out more for FilmFestivalLifeLine about the wood-cut short, which expertly balances a coming of age story with surrealism and enchanting graphics. We met with the producer of the film, Fabian Driehorst from Fabian&Fred, to talk about the short, finding out about the inspiration behind it, premiering at the Berlinale and what’s next for the team…

Andrew Wilkin, FilmFestivalLife: Tell me about DÄWIT? What was the inspiration behind the story for the director, David Jansen?

Fabian Driehorst: DÄWIT is a journey describing a boy’s whole life. After suffering violence from his father, his mother gave him away and he grew up under wolves. This is how this drama begins and during the course of the film, he comes to see where he is from and face his father again, realizing his mother had already died. It’s a drama that is in essence about forgiveness.

It’s a very abstract kind of film, based on David’s personal view on life. He decided to write the story together with his wife Sophie, an animator, and whilst they were trying to find the right style for the film, he remembered a book his father once gave him called “Faces of Hamburg” from the Belgian artist Frans Masereel, a woodcut artist from early 20th century. This was a definite inspiration for the visuals.

DÄWIT is an abstract drama like a dream, with surreal elements popping up and combining with our hero’s journey.

Would you call DÄWIT an adult drama?

It’s very much an animated film for adults. The funny thing is – the New York International Children’s Film Festival wrote to me asking me if i wanted to submit it to their festival and screen it in a programme for older children (with a 12+ rating). So maybe you can show it to children who are a certain age, even if it’s not who it is meant for.

It shows that animation really can tell stories that are meant for adults, as well as children. 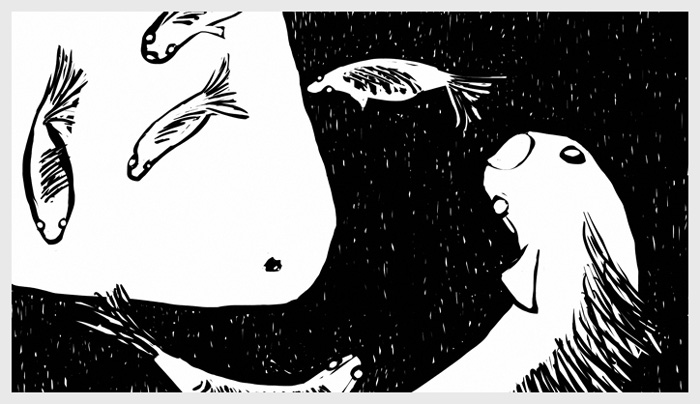 How was the festival run? Any highlights?

We had almost no idea what to do at the start. I had never produced a film before with a serious festival run – from my filmography only a few small festival successes existed – so to cut a long story short, we had no idea where to go.

Almost by accident, the curator of the Berlinale Shorts, Maike Mia Höhne, wrote to me and said she really liked the film. “Would you like to submit to the Berlinale?”, she asked. We submitted of course, but we thought maybe they would not take it, as it’s quite experimental. Then we got the news – that they would take it as a world premiere! What’s great is that they only screen a handful of animations in the festival and it’s one of the A festivals too. The next festival directly after was the Hong Kong International Film Festival, after that the Athens International Film Festival in Ohio, in the US, an Oscar qualifier. It was an amazing start to the run.

What about winning the Golden Horseman at Filmfest Dresden in April?

Well, it was such a big surprise. Unfortunately we couldn’t attend the entire festival, as I was doing other work and David had just become a father. I really regret that I hadn’t been there before and seen the full programme, but I took a train and went there for the final ceremony. I was very impressed. They took so much care of the programming and atmosphere and it really was a big honour to take the Golden Horseman and the ARTE film prize.

From there we went to Oberhausen, Stuttgart and Hamburg – three other big names in Germany. So in half a year, we’d been at big festival after festival. I was doing this all by myself, without any idea really of what to do – basically doing research on what’s on the A-list and what’s Bafta and Oscar-qualifiying. And then the FFL Agency came in…

How is your experience so far with the FFL Agency?

Great! We have received interesting proposals for festivals – 50% of which I don’t know about! This is amazing. It gives me a greater insight into the festival world, especially when I see the programming of these festivals and see why they are proposed for us.

It’s very hard to calculate the festival run – as it was not possible to get funding for it from the German Film Fund. We had to cover costs on our own. FFL is open to help whenever we can – we can always calculate from month to month the budget, incorporating fee waivers. They are also open for suggestions from my side. If I have already received waivers from the festivals, I could use them for instance.

I’m very happy I must say!

Do you have any pieces of advice for other short filmmakers?

On the other hand, it’s great to work with people like the Agency who work with the film and work out what kind of film it is. Sometimes you are so close to your film. After all, it’s your baby and you think “this could screen anywhere!” You need to think. What are the strengths? And what about the weaknesses? I would always ask somebody else to have a look at it and build up a strategy as early as possible.  Then, it’s easier to place into right festivals.

What are the aims for David and you in the future?

We haven’t decided yet. David will do his next project on his own. He already has some funding from Nordrhein-Westfalen for it. I’m very open to everything, but the director and artist always have to have the right feeling for a collaboration. Maybe he will come to us with another project? Who knows!

For me at Fabian&Fred, we are working on our next project as producers. It’s an animated short film with a French director, a German-Spanish-French co-production that will be finished soon.

AW: We can’t wait to see it! If it’s anything like DÄWIT… 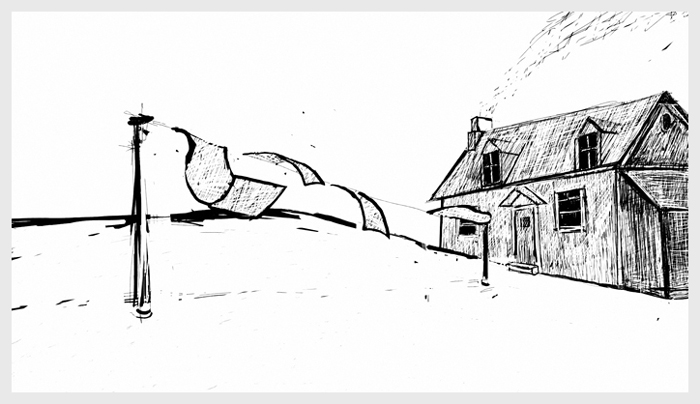 Däwit is rescued from his violent father and grows up far away from his family among wolves. He is released into a world in which he grows from a child into a man weary of life. Embarking on a mysterious journey to find his own identity, he encounters great hardships but ultimately finds peace in forgiveness.

David Jansen’s short film DÄWIT is an FFL Agency film, find out more about the agency and how you can get involved here: www.filmfestivallife.com/agency

Read more festival stories:
:: Benjamin Cleary about STUTTERER, the FFL Agency and making the Oscar Shortlist
:: Stop-motion in Cannes: An Interview with the Makers of ‘wHole’

One thought on “Meet David Jansen, director of DÄWIT”