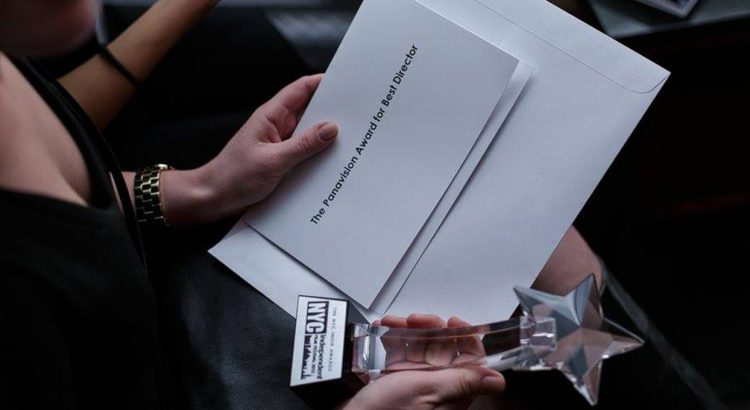 New York City is undeniably one of the world’s most iconic cities. And we all know that it’s cinematic repertoire backs that up. The NYC Independent Film Festival is in the middle of this scene. 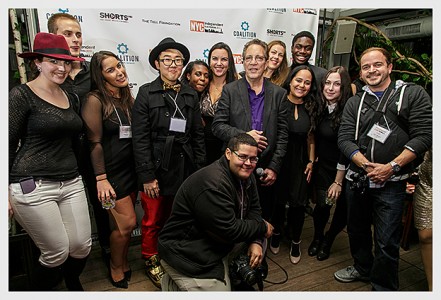 Now approaching its 7th edition, the FFL partner festival has always kept its focus squarely on the freshest filmmaking talent, showcasing them to a city hungry for innovative cinema. With their deadline approaching at the end of February, it was the perfect time to catch up over the phone with their Festival Director and all-around top chap, Dennis Cieri. Here’s what he had to say about the new edition, including nuggets about their new comedy category, a big increase in panels and whether or not he cares for A-list guests (Robert de Niro, we’re looking at you!)…

Andrew Wilkin, FilmFestivalLife: Hello from Berlin! So, what has changed at the NYC Independent Film Festival since the last edition?

Dennis Cieri: We have become much larger! In addition, we have a better reputation and we have more guests and industry people attending.

One thing that is much different this year is the number of panels. Last year, we had many great panels, including one with the New York Women in Film and Theater. But this year we will have lots more panels and seminars. Professionals from all over the world are coming together and giving their ideas and suggestions.

If you went to the festival and went to all the panels, you really would know how to make a film from beginning to end! It will cover writing a script to final production to distribution. There’ll be discussions on topics as varied as music licensing, film finance and even ‘surviving as a filmmaker’.

We’re working on new prizes and talking with different people. There will be $1000 for the Best Script, and $1000 for the Best Director. Anybody who submits a script gets selected for it to be read out during the festival and they will also receive a subscription costing $100 to the International Screenwriters Guild. 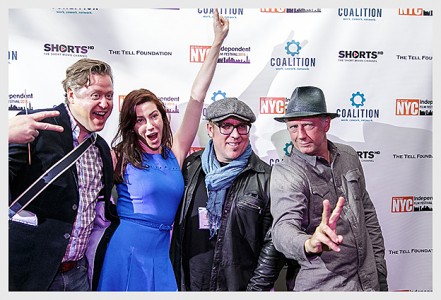 And what about new categories?

Here’s one! Short skit comedy – 3 mins or less. If your short video gets accepted, you’ll also get the opportunity to do a live performance. You can do a short skit performance and show off your ability.

What should filmmakers know when submitting?

We are all about the indie filmmaker! If somebody asked me: ‘who is famous thats coming?”’My response is: ‘We probably aren’t inviting anyone you would know of…’

Of course, some are quite well known in the indie filmmaking world. But this is our niche. If Robert de Niro comes to a film festival, a million people arrive and take photos, but once he’s gone – they’ve gone. We want people to hang out for longer at our festival, making it more a community or a gathering of the filmmakers and their friends and family. They get to meet people from New York too.

Do you have lots of returning filmmakers?

We have one filmmaker who has been in every festival apart from the first one! A Spanish filmmaker called Eduardo M Escribano Solera…he’s also submitted this year already. Let’s see…

Do you think physical film festivals are still important in an age of VOD and on demand?

We had a filmmaker from Ohio who had made some good movies and was an auto worker. He was always so excited to come to our festival, where he would see there were other filmmakers like him.

Physical film festivals offer people a chance to sit and talk to other filmmakers that are like them. They offer the opportunity for you to see what other indie filmmakers are doing and what you are doing wrong. Online classes are all well and good but film festivals have a place in the world and do so for some time to come…

Do you have lots of foreign films in lineup?

Always. Last year, we had films from 30 countries – coming from everywhere, from Vietnam to the South American countries. I’m always a firm believer in bringing people in from all around the world. We’ve had lots of entries from Germany, France and Australia in particular. And usually about 20-25% of our films are from the New York metropolitan area.

Is there anything else to note about the 2016 edition?

Yes! We’re putting a package together for refugees. We’ll screen some filmmakers who are from or making films in Syria right now. Some are very good storytellers and some of the films won’t make it out there, unless it’s through a small film festival. So, that’s what we’re working on that right now.

Speak soon at the Berlinale!

:: How to make your Submission to All Sports Film Fest a Slam Dunk
:: The Journey of Däwit: From the Berlinale to the FFL Agency