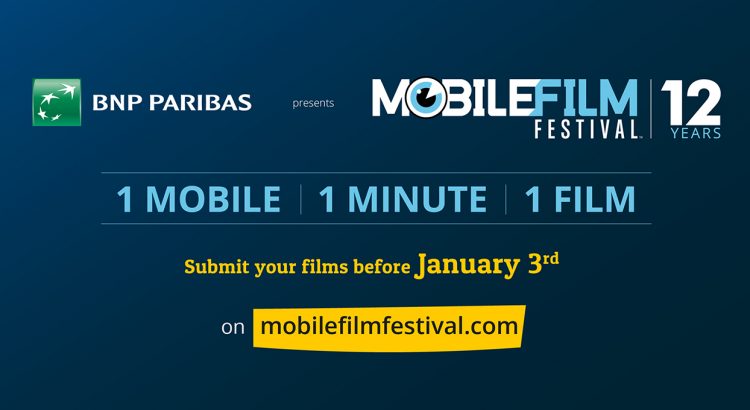 In 2016, the Mobile Film Festival is back for its 12th edition. As in the past editions, rules are simple : 1 mobile – 1 minute – 1 film. Make your own story and submit your film before January 3rd.

You can submit as much as films you wish and in any language or any alphabet as Mobile Film Festival will take care of the English and French subtitles on your behalf.

Mobile Film Festival accepts sound recording from an outside and any format – sequence shot, edited, stop motion or after effects, as long as the film is shot with a mobile device

Don’t miss the opportunity to win one of the four grants Mobile Film Festival offers: