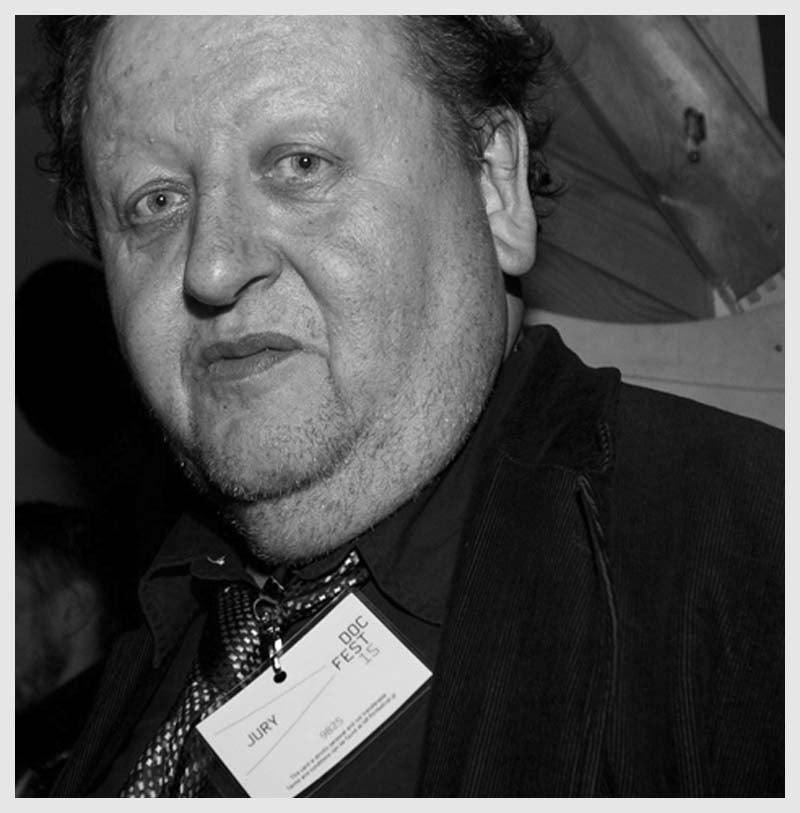 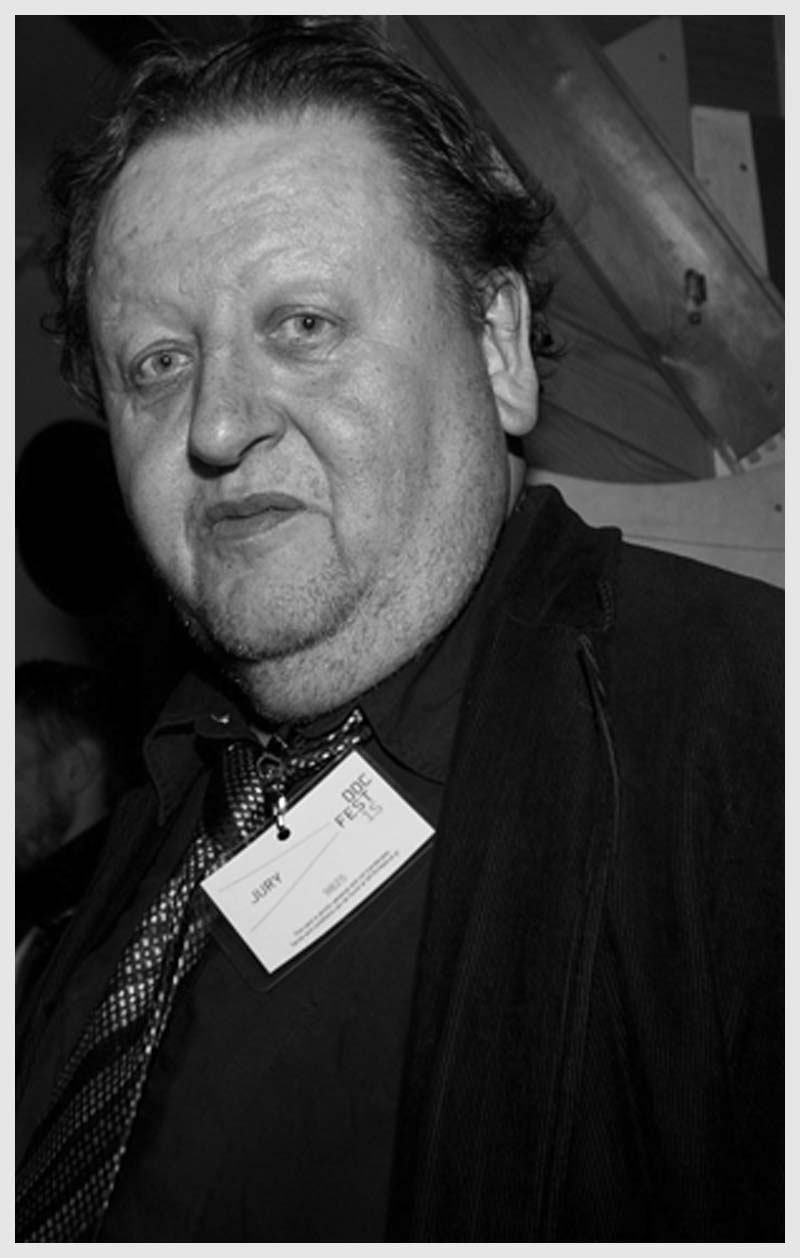 “I think my definition these days of cinema really erases national borders because everyone comes from everywhere and the world is everywhere, digitally.”

Thessoloniki Documentary Festival (TDF) FIPRESCI Jury President Peter Wintonick has been returning to the festival for 15 years as a director, producer and mentor. He is, shall we say, the right person to ask for directions at a festival; only to progress to a mentorship-quality discussion about the current international documentary landscape. With work like MANUFACTURING CONSENT: NOAM CHOMSKY AND THE MEDIA (1992) accenting his name as a documentary filmmaker, Wintonick’s career is a research paper in itself.

I would like to introduce him to divulge his Thessaloniki Film Festival experience for 2013. From there, you can further the conversation on the podium when receiving your FIPRESCI award in his ‘Secret City’.

Claire French, FilmFestivalLife: Why do you keep returning to Thessaloniki year after year?

Peter Wintonick, FIPRESCI Jury President, TDF: I have known TDF’s Artistic Director Dimitri Eipides for 35 years because he was originally in Montreal in Canada, where I am based. 41 years ago he started the Festival International du Nouveau Cinema et de la Video de Montreal, which, I feel, is the best little-known festival in North America for its innovation, new technologies and discoveries. I also program for a festival he founded in Reykjavík, Iceland, have seen his programs in the International Section of the Toronto Film Festival and of course, he runs the main fiction festival in Thessaloniki in November. So, he is obviously an overworked man, but I think one of the world’s great programmers.

So it is his involvement then?

Yes and it is really a great city; it is what I call my ‘Secret City’. I also admire festivals that are public festivals and not industry events. It is developed with a team who are pretty hard-working, crazy people. Dimitri said from the stage last night that a lot of the screenings are sold out so you start to get an idea. Every year you see it rise incrementally. Documentaries have vacated the public television so there is more and more need for them locally.

How do you see TDF as operating differently to other mid-sized documentary festivals?

It’s interesting they have these two sister festivals: documentary in March and then fiction in November. There is not many in the world that try to do that becuase they usually combine documentaries into an existing fictional program. I guess I am a bit of the Scorsese school, where he said, to paraphrase: ‘Both documentary and fiction need each other.’ There is a co-dependency there. But with most big international festivals, even though they include a good amount of documentaries in their program, we always feel like we are still sitting on the soccer bench or the football bench, waiting to play our big game.

Do you have any filmmaker success stories from the past 15 editions?

The EDN or documentary network has been holding these pitching, training and project development seminars and it is always great to watch filmmakers come from this nexus here. There is a great pilgrimage of great young film artists that come out as delivered evidence of Thessaloniki. This year, there is also a retrospective of the past 15 years and there are some fantastic films in that list. There is a lot of energy here. Somehow Thessaloniki has always had a lot of commissioning editors and there are more than ever this week; this is future-minded stuff.

What were your initial perceptions of the international section this year?

The international prize, PARTS OF A FAMILY was a fantastic film. It almost looked like a Bergman film to me, shot in a villa inside Mexico City where a wealthy married couple and their filmmaker son, Diego Gutiérrez have been living for a long time, with their three acres of garden around them, isolated from the rest of the reality of Mexico city, under the shadow of these two famous volcanoes. It’s a great, great film about the disintegration of a 50 year-long marriage.

The good opportunity as a juror is exposing yourself to the national culture so I got to see some really interesting Greek films. I have watched over the years how Greek films have developed and I am always waiting for ‘The Masterpiece’.

And GLOW IN THE DARK is close?

Oh, it is very human. It is so touching. It is one of those films you just keep coming back to and remembering. It is an approach to intimacy, when you are a camera director and you are literally living among this gay couple in New Orleans. Sometimes a small film can pop up amongst a very award-winning selection and be the gem and this was the case with the beautiful humanness of Panayotis Evangelidis’s film in the Greek section this year.

How aware of the power an award has on filmmakers and their film when you are making the selection?

All juries come to things differently but my long-term experience is that we all really get down to the qualities of cinema rather than where they are from, what prizes they have won or how much they need the money. We really need to be quite fair and measure each of the dozens of films that we are asked to consider against themselves and how well they have realized their internal criteria, as best as we can judge. For me it is what’s new, what is surprising in a cinematic language and how it really touches me or makes me want to act.

In the jury citations here (at Thessaloniki), I wrote about how the word ‘love’ came up a bit. I don’t know if it was just the desperation of the jurors (laughs) but it cycles through I guess, whatever is in the zeitgeist.

Peter’s next jury duty will be in Brazil at the It’s All True Documentary Film Festival next week and then onto the inaugural year of the Human Rights Human Dignity International Film Festival in Myanmar (Burma), under the patronage of Min Htin Ko Ko Gyi in June.

Thessoloniki Documentary Festival opens submissions closer to the end of 2013. Favorite or rate them on FilmFestivalLife for screaming alerts.