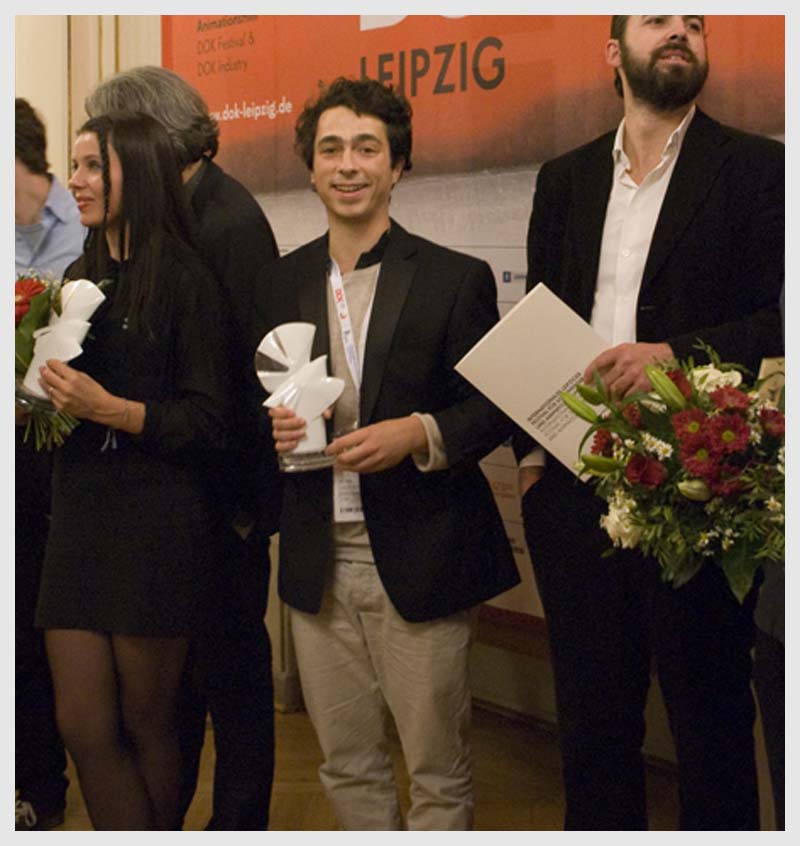 SOFIA’S LAST AMBULANCE premiered in the competition section at Semaine de la Critique, Cannes in 2012. This was the green light for the first feature documentary film from Bulgarian filmmaker Ilian Metev. Since then, SOFIA’S LAST AMBULANCE (Poslednata lineika na Sofia) has been honored with the awards including France 4 Visionary Award at Cannes, Best Documentary at Karlovy Vary, Silver Dove at DOK Leipzig, Best Documentary at Bratislava, Silver Eye Award for Best Eastern European Documentary at Jihlava and Special Mention in the Best International Documentary Film section at Zurich Film Festival. In less than a year it has been featured at over 46 festivals and is scheduled to play at even more in the fruitful year ahead.

The self diagnosed ‘observational documentary’ is an honest, purist and ultimately painful headlight on the quietly screaming injustice of the Bulgarian health system. The subject can be felt by two words and a few dirty numbers:

As we followed SOFIA’S LAST AMBULANCE from DOK Leipzig to this year’s Berlinale, I sat down with Metev to speak about the juncture between the film’s festival life, it’s distribution and when it will give way to allow him to drive on to his next film.

Looking to enroll a bunch of people in your film from script stage to multi-award-winning success? Meet Ilian Metev.

Here are his key conversations:

“I thought I was going to do this film by myself. I had a little bit of prize money from my previous film GOLESHOVO and I thought, I will just invest it into this film. At some point I was at Krakow Film Festival where I met Vladimir Ignatovski who told me he was from the Bulgarian production company SIA. He said:

‘Maybe if you have another idea for a film, we can help.’

Together with them, we applied for the national film funds here (in Sofia), and got money from the Bulgarian Cinema Fund, which was almost enough money to make a super micro budget documentary. Some time later, at another festival I met the Croatian producer Siniša Juričić of Nukleus Film who told me:

‘I am interested in the project and there should be international potential in it. Maybe we can do some pitching together.’

I was like – are you sure? I was not sure it is the right project for those forums. Yet, we did give it a go and we went pitching. We went to Lisbon, to the Czech Republic and to IDFA in Amsterdam. Altogether the reactions were extremely positive and after lengthy negotiations we did attain a little bit more funding. However, it wasn’t easy and didn’t seem efficient enough. A few months onwards, we met German producer Ingmar Trost from Sutor Kolonko who couldn’t believe we hadn’t got enough money together after our Amsterdam pitch and said:

‘Let’s see what we can do in Germany.’

He got about 60% of the budget in a few weeks. It was amazing. It is really fascinating the way festivals work: sometimes you go and you don’t meet anyone, then you go and suddenly someone says – hey, wanna work together?”

2. With the festivals before submissions

“The Croatian Cinema Fund was really supportive of the project and if there were any forums or events, they tried to always show it. They organized a market screening in Berlin at the Berlinale last year. It was a closed, secret screening only for festival people and sales agents; people from Locarno, from Cannes, from Toronto and quite a few larger festivals. After that there was some dialogue with the Croatian Film Center, who were forwarding some of the discussions.

Then we did another market screening a year ago here in Sofia, where, amongst others, there were people from Cannes again. I think this was a good way to get on their radar.

Then you submit and you cross your fingers. I mean, we had already positive feedback from them but you never know really, they might tell everybody they like their work!” (laughs)

3. With the sales agent after confirmation of premiere

“As soon as we got accepted in Cannes – as soon as the news was official – suddenly loads of people became interested. Prior to the submission the types of comments did cross the

‘It is an original film but difficult to sell, etc etc…’

Then as soon as we had the Cannes stamp, everybody was interested! I mean, of course, not everyone but suddenly there were enough people who wanted to work with us in sales. Films Boutique, based in Berlin came on board.”

4. With the media at the premiere

“Cannes was quite crazy. I had been to a lot of festivals before with my previous film but with Cannes I just got this schedule which basically planned out what we would do the whole time.

We had seven screenings and the day after the premiere, there were interviews continuously the whole day – in the morning until 5 or 6. For me it was quite overwhelming to have so many interviews in such a short period of time. After a while I couldn’t talk anymore. Then there are parties every night – which coupled with the exclusivity and the black tie thing, can be at times a little over the top.”

5. With the festivals at the premiere

“While we were at Cannes, we were also approached by a number of other major festivals who showed strong interest in the film. Usually you would meet someone from their programming department. Subsequently, a number of them did select the film.

So, of course festivals are useful in terms of making the right contacts to distribute your film further.”

“Karlovy Vary was really overwhelming. It was our second festival. There was again considerable media attention – but not thousands of interviews like in Cannes. The award ceremony was amazing. Ingmar, our German producer drove from Cologne to arrive just on time, so we could celebrate the crystal ball statuette.

Leipzig was one of the most interesting festivals in terms of audience response. The film was screened at Cinemaxx 8 with a capacity of 700 seats and it was buzzing. We had two screenings and they were both nearly sold out, with really nice discussions afterwards.

In Belgrade, they have a very unusual documentary festival where they show only 7 films called the Magnificent 7. There were nearly 1500 people per screening and a discussion which lasted over an hour afterwards. It was a place where you really feel close to the audience and have wonderful conversations. I only stayed two days and regretted not having stayed longer.

“Ingmar started to work on the German branch of distribution. This was also important, since we got long-listed for the German Film Awards, Deutscher Filmpreis – the Lola’s. Part of the requirements for those are that we have a German cinema release.

The film was also distributed in Bulgaria and Croatia but now with the response we have got in Germany, I mean we don’t have the figures yet, but I think it is going quite well – great media attention too. I am really positively surprised at the attention our dear ambulance film receives here.”

8. With the sales agent on distribution

“Many people, are saying that for certain type of films, actually festivals are kind of replacing cinema distribution:

‘Focus on festivals because they advertise for you and it is easy to get people to the cinemas.’

Whereas, when you have the cinema release you have to do all the work just by yourself and in many cases it doesn’t seem to pay back. So, currently numerous sales agents are focusing on festivals and with sideline of cinema releases as well. There might be a French release but it is not confirmed, for example. At some point we will focus on TV sales.

Me personally though, I want to stop traveling soon so I can have the chance to work on something else. I might attend a couple more festivals but then that will be it for me.”

“I think it is really time to move onto the next project. I wanted to start a while ago but there is Berlinale, there is New York and you feel silly to say no to those! (laughs) While I really enjoy the contact with the audience, the film is what it is and I feel most compelled to be creative and make another film. That’s my job.”

SOFIA’S LAST AMBULANCE has, realistically, against all odds, built a solid foundation for the future directorial career of Ilian Metev, who, with this marking our first interview, we will begin to follow eagerly.

:: Victor Orozco Ramirez: Reality 2.0, DIY and the importance of Festivals
:: How to’s of Distribution with Beast of the Southern Wild’s Philipp Engelhorn