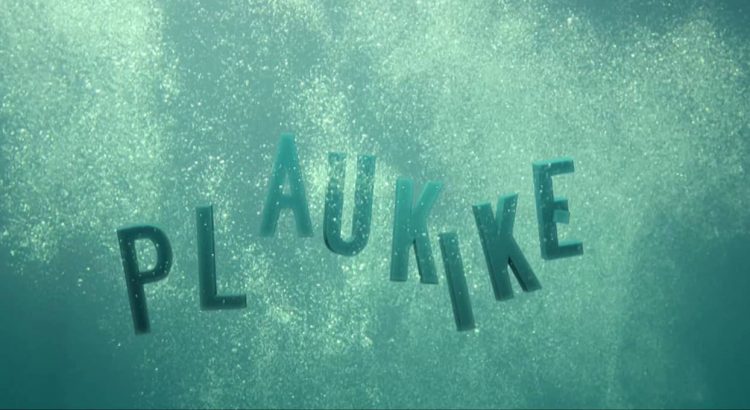 The Berlinale is great for many things, but one of the most worthwhile arms of the festival is the Berlinale Talents. We had a chat with some of the participants this year, including Gabriele Urbonaite, a FilmFestivalLife writer-director, who is in Berlin to develop her thesis film at the Short Film Station.

A short filmmaker with a penchant for coming-of-age stories, she experienced considerable film festival success with her 2013 long short THE SWIMMER. We had a chat with the talented Lithuanian filmmaker, who now lives in Boston, USA, at a cafe close to the Talent Campus, where she told us all about her success, her experiences on the circuit and just why she loves the Berlinale so much… 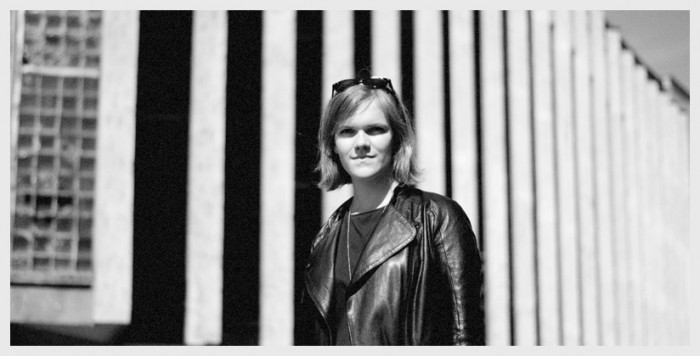 Andrew Wilkin, FilmFestivalLife: First of all, welcome to Berlin! Can you tell me more about THE SWIMMER and the film festival success you experienced with it?

Gabriele Urbonaite: THE SWIMMER is about two girls who meet at a swimming pool and become friends. One is an experienced 19 year old swimmer who gets an illness and can’t swim anymore. Then, she becomes a mentor for a younger girl who is afraid of jumping in the water. In terms of our film festival success, we had our World Premiere at the Vilnius International Film Festival, where we won the audience award. We also won the Best Short Film prize at the National Lithuanian Film & TV Awards “Silver Crane” – it felt great to be recognized at home! Although I live abroad, I am Lithuanian, so to return home and be recognised was really special. We then screened at the Brest European Short Film Festival, where we won the Special Jury Mention, and have also screened at the Independent Womens Film Festival in LA, the Washington West Film Festival in DC and the Stockholm International Women’s Film Festival in Sweden. All were fantastic experiences!

How did you choose the festivals you submitted too?

For the ones we submitted to, we focused on women film festivals – after all, I’m a female filmmaker and my film was about women! In general, my lead characters are usually women. Then the other ones, such as Brest, invited us. I was really moved when I showed this film and got to see the audience reaction. One extra thing – if your film gets picked for festivals, I would definitely recommend attending as many as you can. It’s always a great experience!

This is your 2nd time at the Berlinale Talents? What was the reason for your participation the first time around?

I didn’t have a specific project that time, just the first draft of THE SWIMMER was ready. I just openly talked about my project and got people interested – I met my editor, cinematographer and composer for the film there! This time, I have more of a focus and plan – I’m glad to be part of the Short Film Station, where we have private sessions, working on the script and doing presentation training.

What’s the film you are pitching at the campus?

“Back” focuses on a young actress who comes back home to Lithuania from Hollywood after trying to make it there for four years. The conflict between her expectations and the reality is the narrative force here. During her first hours at home she realises how much the people and the city have changed. Both in an architectural sense through globalization – for example, her favourite cinema has been torn down for a supermarket – as well as in personal sense, with regards to her relationships with family and friends there. It’s important for me to talk about this – about the character who comes back home but doesn’t feel at home. It’s a big talking point, immigration from Eastern Europe to the west, and people really believe it’s the way to a better life – but what I want talk about is those who come back and have to readjust. My film is about that.

What was your experience of other film festivals?

I went to the Talent Campus Odense in Denmark in 2013 – they hold masterclasses, similar to the Berlinale Talents, and you don’t have to be focused on a project. It’s a small campus, where we got to know each other really well, which I enjoyed. It’s more focused on recent graduates whereas at Berlinale, you get to meet more experienced filmmakers.

I also attended Cannes in 2012, to watch films. I prefer Berlinale – the people are more open here and it’s more democratic, and it’s easier to meet people at parties/screenings. Berlinale attendees are very friendly – here I can meet a bunch of festival organizers in a line and make contacts. In Cannes, it’s much more difficult.

What are your aims for the long-term future?

After graduating of course, my main ideas for filmmaking are focused on Lithuania. I’m interested in the idea of Lithuanians in America, as new immigrants in the US and their readjustment there. I really enjoy living in the US, maybe NYC is next. But Boston is great for documentaries! Who knows where I’ll be…

Do you prefer to submit online or by DVD? And why should filmmakers submit via FilmFestivalLife?

Definitely online! SO much easier. You have to burn the DVD and it’s not sustainable. Also, when I sent DVDs sometimes I never heard from the festival, which leaves me asking – ‘did they even receive my materials?’ And FFL? It’s a great platform to browse festivals, to figure out their focuses, and to decide which ones to submit to.

2 thoughts on “Meet Gabriele Urbonaite, Director of THE SWIMMER”