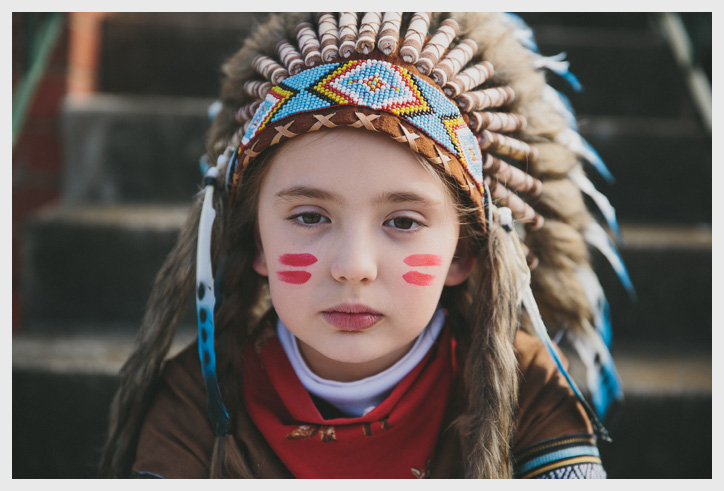 The Sydney Film Festival is upcoming, and it’s looking like a vintage year for the festival. And the stats don’t lie. According to Festival Director Nashen Moodley, ‘as well as adding two new screening venues in Newtown and Liverpool, the numbers of titles to be screened have jumped from 183 last year to 251 this year. They come from 68 countries, up from 47 last year and we are pleased to present 33 World Premieres, up from 15 in 2014.’ Hurrah for Sydney!

Away from the glittering showcase of the Official Competition, where stars such as Nicole Kidman are showcased and Berlinale hits such as TAXI and VICTORIA are showing, as an official partner festival of FFL, there are plenty of our filmmakers whose films will be screening – whether it’s in the Oscar-qualifying Short Film Dendy Awards or the Documentary Australia Foundation Award section. In fact, the entire Dendy Awards is compiled of FFL filmmakers! Here’s the list of the successful bunch. Congrats to all… 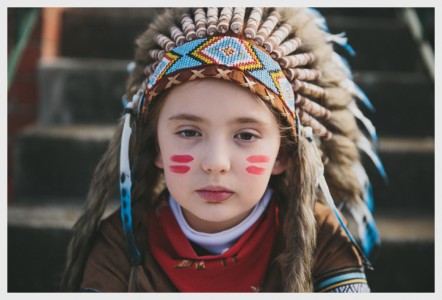 “An uncooperative ex, an argumentative landlord, and a broken door; Linda’s life is just peachy. Her daughter escapes reality through a fascination with Native Americans, subconsciously assuming her mum’s anger.” 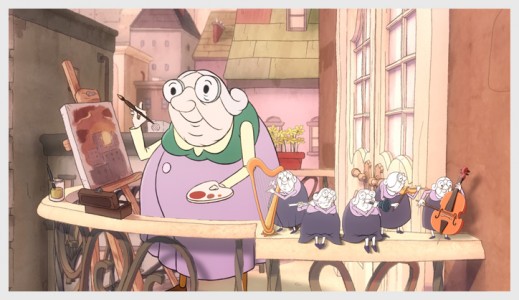 “Imagine a world where a band of tiny musicians follow you around, playing a soundtrack for your life – communicating your emotions, fears and hopes through song.” 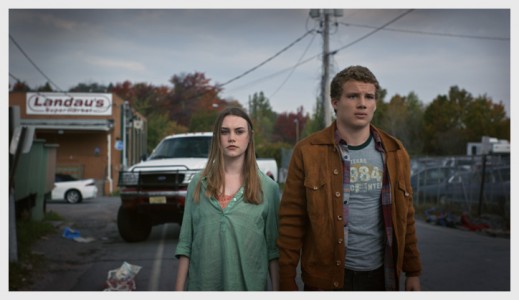 “Two teenagers from a remote religious community travel to town in search of shelter after being told by their Evangelical parents that an asteroid will soon destroy the earth.” 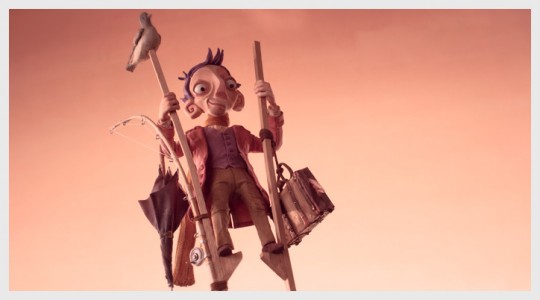 “While playing on stilts as a child, Percival Pilts declares that he’ll never again let his feet touch the ground. This is a whimsical story about living an impractical life based on a childhood promise.”

“Part six of director Adam Elliot’s Trilogy of Trilogies, this is the clayography of a deaf Parisian taxidermist.”

“Lou (voiced by Zoe Carides) is losing the cold war with her stubborn, enigmatic stepdaughter Grace (Lola Carlton), when an unexpected challenge arises from the depths of a warm afternoon at the local pool.”

“In a rural Australian town, 15-year-old Joel tries to organise a special tribute for his father’s funeral by inviting mourners to write farewells on the coffin with markers.”

“Best friends and abattoir workers David and Wani are saving to open their own butchery. Before they can realise their dream, the arrival of a new worker will test the bonds of their shared life.”

“Every Wednesday, an alcoholic CEO and her long-suffering PA sit down to business. On this particular evening, secrets will be uncovered, wounds reopened, and their unique co-dependency will come under scrutiny.” 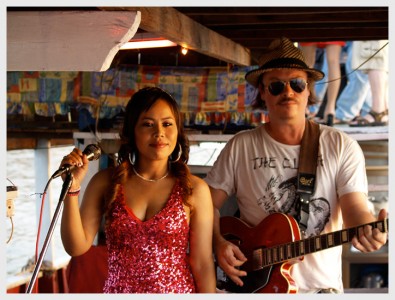 “In a Phnom Penh karaoke bar in 2009, Australian musician Julien Poulson heard the extraordinary voice of Srey Thy. From a poor rural family, Thy would often daydream of being a singer. This chance meeting might just turn her fantasies into reality. The tempestuous cross-cultural romance that followed gave birth to The Cambodian Space Project, a band that rocked audiences worldwide with sounds from the 1960s and ’70s golden age of Cambodian rock. Filmed over five years, this intimate documentary tells the story of performers whose struggle to overcome poverty, trauma and obscurity has never been easy.” 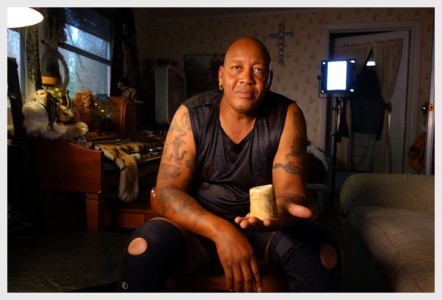 “In 1994, Tyke, a circus elephant, went on a rampage in Honolulu, killed her trainer in front of thousands of spectators and died in a hail of gunfire. Her break for freedom – filmed from start to tragic end – ignited a global battle over the use of animals in the entertainment industry. This fascinating film goes back to meet the people who knew her and were affected by her death – former trainers and handlers, as well as witnesses to her rampage. Filmmakers Susan Lambert and Stefan Moore investigate what led to this tragic incident, and the sharply contrasting perspectives of those involved in her story.” 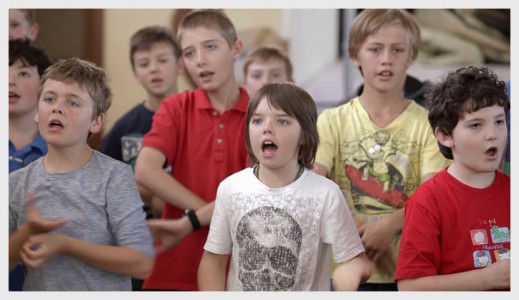 “Lisa Nichol’s debut feature-length documentary follows the heartwarming story of an outback Australian children’s choir. Chronicling their journey from auditions to end-of-year concert, the film reveals the trials of trying to run a children’s choir in a remote and disadvantaged region. Despite this, choir mistress Michelle has high expectations. She wants to teach the children contemporary, original, demanding music – and despite some reservations, they’re up for it. Filmed across the far west of New South Wales – from Cobar to Bourke and beyond – this is a moving portrait of childhood, creativity and community.” 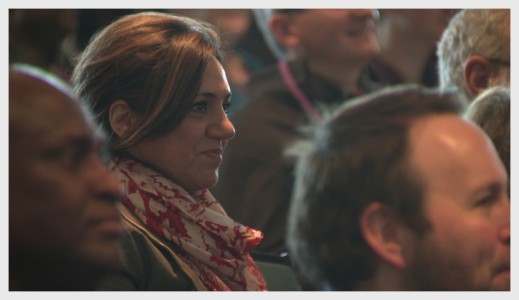 “In Freedom Stories, filmmaker Steve Thomas explores the achievements and struggles of a number of former ‘boat people’. Now Australian citizens, they arrived from the Middle East seeking asylum, around 2001. This was the year of the Tampa and PM John Howard’s infamous “We will decide” speech. Some were only children when they found themselves in indefinite mandatory detention in Woomera or Nauru. Thomas captures the determination and resilience of this diverse group, who, a decade on, have rebuilt their lives in Australia. These are ordinary people, caught up in traumatic times, and in this poignant film their voices are finally heard.” 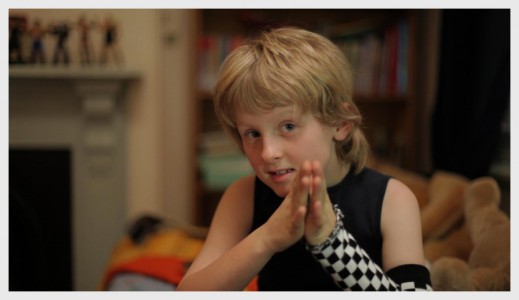 “Gayby Baby follows the lives of four kids – wrestling fan Gus, Sydneysider Ebony, erudite Matt and Fiji-based Graham – whose parents all happen to be gay. Kids being raised by same-sex couples are growing in numbers worldwide. We are in a Gayby Boom. But who are these kids? What do they think about having same-sex parents? And do they face different issues to other kids? At a time when the world is debating marriage equality, these questions are more pertinent than ever. This intimate and often humorous film offers a refreshingly frank picture of same-sex families.”