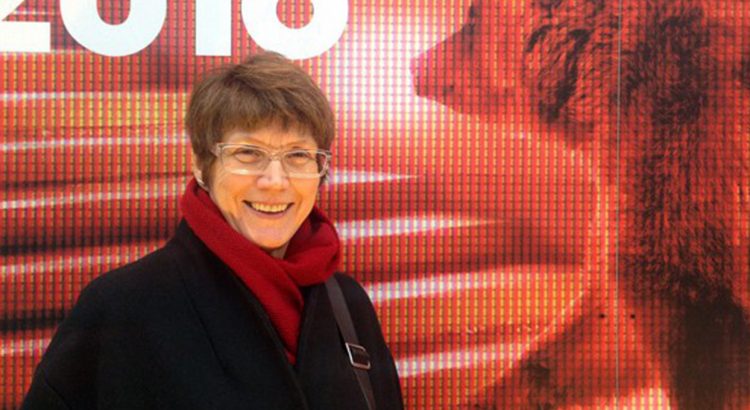 We met Jenny Neighbour at the European Film Market in Berlin to find more about what kind of films the festival is looking for and what filmmakers can do to increase their chances of selection before submitting. There’s more. Hold tight for her thoughts on the 66th Berlinale and the impact of Netflix on the Australian film festival scene too…

“It’s been great with the submissions this year again,” says Jenny Neighbour, Sydney Film Festival‘s Program Manager and Documentary Programmer. The Australian festival is one of FilmFestivalLife’s exclusive partner festivals and one you should keep your eye on. The Oscar-qualifying festival attracts 176,000 attendees each year and in its 63rd edition is the perfect place for filmmakers entering the Australian film market.

Jana Dietze, FilmFestivalLife: What should filmmakers to know about your festival?

Jenny Neighbour: I think the key thing about Sydney Film Festival is that we’re primarily a festival for the public. We have a big audience of around 176,000 attendees, and they’re all absolute film lovers. It’s very much about the Sydney audience. We do have an industry aspect to the program, but we’re mainly about the public and getting them to see your film.To qualify, short films must have their Sydney premiere at the Festival, and feature-length films must have a state premiere. We show the short films before the features, and the Australian short films are eligible for the Dendy Awards competition, which has been running since 1970. Together with the kids’ shorts, which screen in the animation section, the Australian shorts are the only short films screened in a packaged program.

What are you doing here at the Berlinale?

I’m going to a lot of screenings as well as meeting with sales agents. We do this to find out about films that we haven’t yet booked, but particularly to make sure that we’ve seen everything that is new on the festival circuit, both at the market and in the festival screenings. The Berlinale is close to the deadline for our competition. Berlinale is the last festival we will be at before locking off our program, and it’s the very last chance for us to see the most recent films, before finalizing our program over the next month or so. It seems to be a strong Berlinale so far this year I must say. I still have a few days to go, but I’ve been enjoying it very much.

What changes you see in the Australian film festival circuit?

I think the changes in Australia are similar to the rest of the festival world. Netflix, Amazon and VOD are impacting on Australia just like in the US or Europe. Perhaps it hasn’t affected film festivals directly so far, and it certainly hasn’t affected short films, but all of this is changing the way distributors and exhibitors are approaching the release plans for their films, including where and when they are premiering. I think that’s probably the biggest change.People in Australia still love seeing films on the big screen; they attend festivals, and they enjoy the interaction with the other members of the audience. They like the anticipation of waiting in the foyer before they’re seated; they like to listen to the filmmaker introducing their film on stage and participating in the Q&A at the film’s conclusion. Even if people enjoy watching their favourite box set or download, this will never replace the shared experience of watching a film in a beautiful theatre, surrounded by a couple of thousand of your closest friends.

What does a film require to be selected in your opinion?

It’s very hard to have hard and fast rules. We like to take each film on its own merits. Although, we’re always looking for filmmakers who are trying to do something different, a real classic piece of filmmaking will work as well. We’re looking for films that work on the big screen. It doesn’t necessarily mean that they have to be visually spectacular, but it does mean that they have to have a cinematic quality. They have to be able to speak to an audience. We don’t exclude any topics, and the film’s origin is of no consequence – we will look at absolutely everything.

I am also very much into storytelling; I like a strong, well-told story. It doesn’t have to be a saga; it can be a very small story, or just a moment. There is nothing better than sitting in the cinema and seeing the first scenes of a film – those very first frames – before working out the film’s direction. I like that surprise tremendously.

Do you have any tips for filmmaker before they submit to a festival?

It’s vital that filmmakers look at the website and read the rules of the film festival they want to enter. They should also consider the films that have screened at that festival in previous years and glean if their film fits. If a filmmaker is looking to submit a horror film, for instance, they should ensure that the festival they are considering has shown horror films in the past. It’s critical for filmmakers to get a sense of the festival to which they are applying.

Also, the package of materials that accompanies a film makes a considerable difference. The images don’t have to be slick or printed on glossy paper, but they should be of high resolution and offer an accurate representation of the film. Good quality images are really useful for the subsequent marketing and publicity campaigns – a good image will be used everywhere! Filmmakers should ensure that their press kits include one or two very good images, that the synopsis is well written and precise, and they include as much supporting material as feasibly possible. And most importantly, check the deadlines to ensure everything is submitted by the stipulated date!

:: ‘Australia has a strong culture of cinema going’ Sydney Film Festival on Australian cinema, Documentary Filmmaking and the Importance of Festivals
:: 3 Big Reasons for choosing the Australian Film Market and SYDNEY FILM FESTIVAL