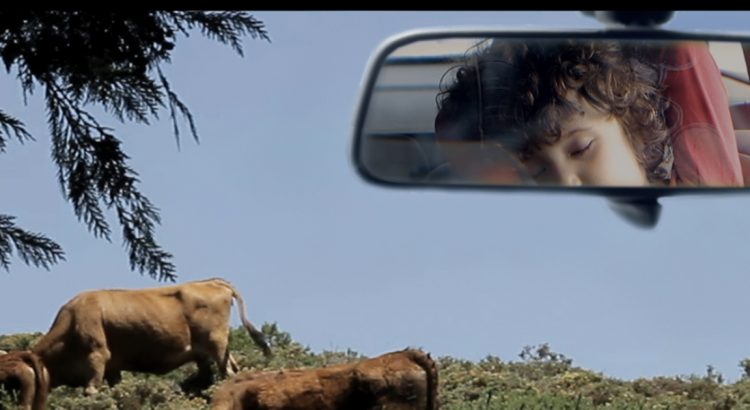 “Reframing the image” is the name of this year’s Berlinale Shorts program – something FFL filmmaker Diogo Costa Amarante certainly does with his film CIDADE PIQUENA (“Small Town”). We spoke to him about his film and his filmmaking career, including which 2017 Oscar nominee lives up to the classics. Read on to find out.

Back then, I was a trainee lawyer in Lisbon. One day, on my way back to the office, I was given this flyer promoting a filmmaking workshop – one organized by a new film festival I had never heard of. They were looking 10 people to produce a short film each in 4 days. I was intrigued so I took a week off, the festival borrowed me a mini DV camera and I went out and collected some images. I spent all night with some software of friends playing around (I had no idea what to do!). Then, somehow, the film festival, on the basis of my short, offered me a grant to study documentary filmmaking in Barcelona.

The rest, as they say, is history…

I have a big list of names. They are from different periods, different aesthetics, different approaches, different genres, different countries. I love diversity and I have zero patience for people that believe that all that is good was made in the past. One of my biggest pleasures in life still is to go to the cinema and be overwhelmed by a new film. That happened recently with Toni Erdmann by Maren Ade – an incredibly relevant and mature film.

One day, my sister told me that Frederico, my 6-year-old nephew, learned about the human body at school from a teacher who explained to him that people die when their hearts stop. That evening, Frederico didn’t sleep. He woke my sister up several times throughout the night complaining he had a pain in his chest. Hearing this story, I immediately recalled being his age and receiving a collection of books for children that happened to include one titled “Why did grandfather die?”. Although the book was very colorful, populated by warm characters and communicating its educational message for children with sweet metaphors, I found it absolutely terrifying. The emotional parallel I saw in my childhood memories and my nephew’s experience inspired me to make this film.

What I really wanted to represent in CIDADE PIQUENA (“SMALL TOWN”) was not a recreation of events but an expression of the emotions I felt reading that book as a child and the tenderness I felt hearing the story of my nephew’s similar experience.

“A career” in film is kind of an abstract concept – especially if you live in a country where there’s no film industry. You jump from project to project without really knowing what’s happening next. The chaos and anxiety inherent to being an independent filmmaker is already enough of an adversity. And it’s the biggest one because deep inside you know that no matter what happens you’ll never overcome it. There’s nothing else you really want to do. The good thing is that you are forced to learn how to survive.

It’s impossible to predict what a programming team will like and select. So if you can afford it, just give it a try to all the ones you really like and follow. You never know.

Berlinale for sure. I love the spirit behind the programming. My favorite story was back in 2014 when I was in Berlin presenting another short film named “The White Roses”. One of the days I forgot to attend one of the screenings. Later that night everyone was asking where have I been that afternoon because it turns out that Patti Smith went to the screening of the film and said something beautiful about my film. I couldn’t believe it! Until today.

Immediately, the premiere of CIDADE PIQUENA at the Berlinale on the 13th January, than Punto de Vista in Spain and Guadalajara in Mexico. Then there’s also my first feature script and starting my PhD….