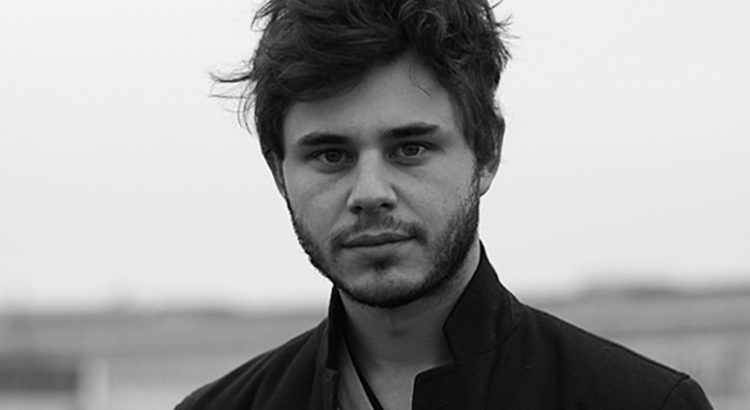 Perhaps it’s obvious, but witnessing FilmFestivalLife success stories is something we love to see. We love to speak with the big guns behind the festival circuses, but what about our filmmakers too?

We got going by chatting with Christian Johannes Koch, whose 30-minute short DER GAST, a co-production of the HFF Potsdam-Babelsberg and the RBB, was screening in the Wettbewerb Mittellanger Film section at the achtung berlin – new berlin film award festival back in April. It’s a film grabbling with big ideas, telling the story of Anna (Paula Hans), who, after hearing some mysterious noises emanating from her attic, becomes the unseen observer of the man who has secretly quartered herself there. What our our private boundaries? That’s what DER GAST is aiming to get to grips with.

We met him for a quick coffee in his local Neukölln Kiez to untangle his particular success story, looking at the three F’s…the film, the festival and of course, FFL itself.

It all stems from a personal experience of mine…

DER GAST, or at least the beginning of the film, is based on this experience of mine, when one night I found a homeless man sleeping in my attic. What shocked me was that I consider myself a left-wing inclined person politically, somebody who is tolerant, open-minded and sure of myself, but then when I was face to face with the situation, I didn’t know how to react or what to do. It’s not like I didn’t have enough space in my apartment for him to stay, so why am I still so scared?

It’s about privacy, but not in the way you think…

Germans talk lots about the NSA, CCTV cameras etc, but what I’m looking at is more this invisible line of privacy, where it begins and where it ends. I’m interested in the idea that you only realize after you have done something where your line of privacy is…you are constantly playing with it.

In German, I would say my film is what you would call a ‘Versuchsordnung’. A design of experiments on three characters, Anna, her husband and the observed man. I put them in this situation where their private boundaries are threatened and then how they respond to it, managing to in the process make clear their character traits and relationships between one another.

It’s about the Berlin you don’t see…

Sure, it’s set in Berlin, and I come straight from a film school near to Berlin, but for me, what’s important is to look at this Berlin scene that you don’t think about. In this case, the daily life of this Bulgarian immigrant, who the protagonist is observing.

You never really know what the character is saying in the film, or his own personal story, and neither does Anna, who is observing him! This is what’s important, each person has to use his own experiences to fill his own gaps. It all comes from previous experiences when I would find myself walking around in the city and observing people sleeping in cars, which fits most to my feeling of being somebody observing and looking and following people in the city without knowing what they are actually doing.

Achtung Berlin is the perfect overview of Hauptstadt filmmaking…

It’s crucial for filmmakers making films in Berlin to get in touch, interact with the public and discuss their films. In the more international space of the Berlinale, it’s difficult to find room and attention, but achtung berlin is perfect for just that. It’s also great as an overview of filmmakers in Berlin at this moment.

I would love more of a Q+A culture to be fostered at film festivals in Germany. In France, they hang out more after the screening and take part in a more dedicated forum session, with more deeper questions.

FFL is a simple, easy-to-use platform – something crucial for a filmmaker. What I would love is to have one platform where you could really apply to EVERYTHING.

Well, to that last answer, that’s the aim…watch this space, Christian! And congratulations again!