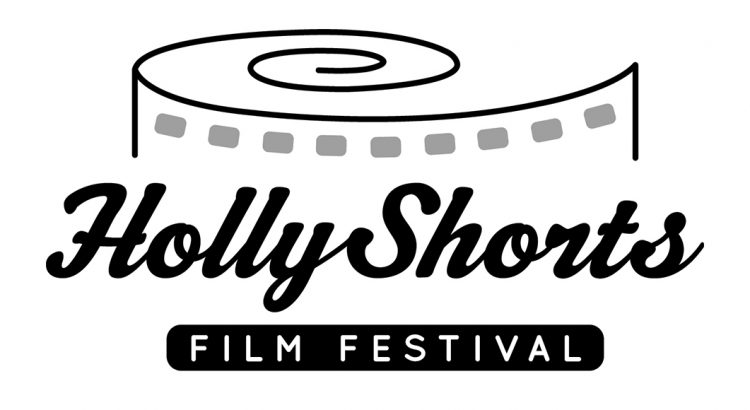 Hollyshorts is 12 years old and continues to offer a great experience to short filmmakers from all around the globe. We spoke with the festival back in 2014, when they were talking about entering into VOD. Since then, it’s been full steam ahead and the short film festival has gone from strength to strength.

Here’s what Daniel Sol, their Festival Director, had to say about the festival, from how to stand out amongst the glut of films (hint: take a gamble!), to their jam-packed, stamina-busting party schedule, to the success of the Oscar nominee SHOK which screened at last years festival… 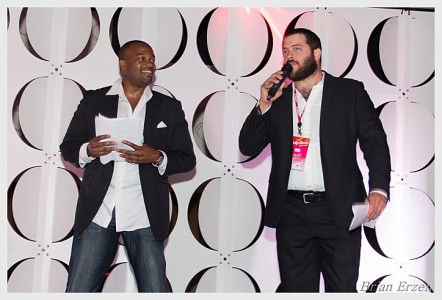 Andrew Wilkin, FilmFestivalLife: Is there anything new this edition that filmmakers should know?

Daniel Sol: We will be adding a post-festival Oscar theatrical run for select winners. Also we will be doing hosting an online festival during HollyShorts on BITPIX which is our new online and set top box platform for high caliber short films and tv shows, web series, content creators, etc which will be on Amazon Fire TV, Roku, and soon both Xbox and Apple TV.

We are looking for films that stand out in terms of various elements, including narrative, cinematography, sound, acting, etc.  Outside of the obvious, we find it exciting when films and filmmakers create a new vision and world with their films, and thus take a risk and are ambitious in the process. Of course, filmmaking is always difficult so that’s not always an easy task to achieve, but when we see films that are original and creative in style, we get very excited to expose an audience and the film industry audience in Hollywood to those kinds of films. 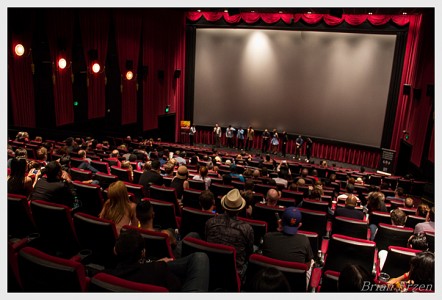 Do you have any advice for filmmakers before they submit to your festival?

Make sure the film info is all included with the submission i.e. jpeg poster image, synopsis, runtime, contact info, credits etc etc… We love having the process of selection and out-reach to be as easy as possible once we make our decisions, so that we have all the film metadata at our disposal right away.  On the jury side, be mindful of opening credits… very lengthy credit sequences are generally hated by programmers and jurors as they take away from the story telling, for the most part, and delay a short films narrative. In a 10 minute film we do not need a 2-3 minute credit sequence! Be concise and precise in telling the story.

What qualities are Hollyshorts looking for in a filmmaker?

We love filmmakers who take risks and commit fully to their stories and vision and are unapologetic about it!  Some festivals shy away from films that push the envelope with their storytelling style but we appreciate and love films that are aggressive both with their films and the promotion of their work. With that, we appreciate genre films and screen Sci Fi, Horror, Thriller, Midnight, and Action categories.

What can selected filmmakers expect when they are attending your festival?

A lot of parties and panels and screenings… oh and a lot of parties! We love to show our filmmakers a good time with after parties each night of the festival on top of our big opening night party and awards party. Our film conference takes place concurrently with the film screenings and includes a filmmaker happy hour with sponsored drinks each night. Filmmakers get an all access badge with acceptance.

‘Festivals are no longer the gatekeepers,’ says Glasgow Short’s Matt Lloyd in our chat last November. Why is it still important to have short film festivals in this modern climate?

Well I respectfully disagree with Matt Lloyd’s take. Great short films and great short film festivals need each other. One reason, award recognition and prizes. Last year, for instance, the HollyShorts Grand Jury Prize winner received $15,000 cash courtesy of Zype a valuable prize! With that, SHOK (which one said prize) went on to be nominated for an Academy Award via the big win at HollyShorts, Aspen Shorts, DC Shorts, etc etc… amongst other fests.

Secondly, as much as the landscape has changed with online platforms in this new wild west of technology, fans of festivals, fans of great films and storytelling need to find a place that exhibits great original and fresh story telling. New voices need to be found and heard and festivals are gatekeepers to that. As easy as it is to find content online (through streaming etc), its still difficult to know what’s great and new. Fresh voices need to be exposed, seen and heard!

And finally, the film festival environment cannot be matched online. When one attends a festival they can meet the filmmakers and content creators, learn more about their films via Q&A’s, panels, etc…. and they can experience the theatrical quality experience of the big screen, which can never be replicated by the online experience of Vimeo. Watching ones film with a huge audience in person in a theater is still and always will be a unique experience. 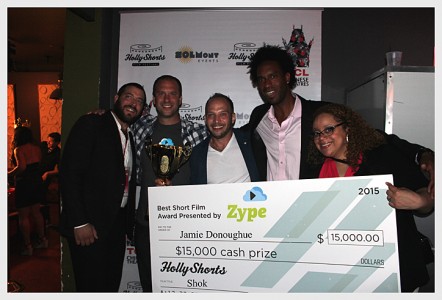 Are there any particular success stories from Hollyshorts that you are proud of?

Yes! JT Mollner, our three time alum and two time award winner, took his award winning short film from 2011 HSFF and turned it into an award-winning Sundance feature film, OUTLAWS AND ANGELS, which picked up distribution at AFM. With that, he signed with UTA after the Sundance premiere. Then there’s Issa Rae, a HSFF alumni whose web series has been turned into an HBO acquired pilot! And as I mentioned before, SHOK went on to get nominated for an Academy Award for the Short Live Action category. We have many others as well!  This year’s Sundance and SXSW festivals include over 20 films from last year’s HollyShorts including A REASONABLE REQUEST, THE SMILING MAN, SHOK, THE BRAVEST AND THE BOLDEST, and many others!

Are short films just a precursor to feature films?

Sometimes but more than ever we believe them not to be a precursor as short films stand alone and can be distributed on platforms like Bitpix on Roku, Apple TV, Amazon Fire TV, Shorts HD, as well as YouTube and Dailymotion, Vimeo, etc. With that, films can garner massive amounts of views and followers without being made into a feature film.

How is your experience with FilmFestivalLife? Why should filmmakers submit via FFL?

Our FFL experience is great! Filmmakers should submit via FFL because its a smooth review process for our team in terms of using FFL to judge submissions and the streaming quality is very good.

:: FOCUS • The Future of Short Filmmaking with Hollyshorts Film Festival
:: FOCUS • Glasgow’s Matt Lloyd: Festivals are no longer the Gatekeepers for Emerging Talents